Valor was was one approximately 100 feral horses living along North Carolina’s Outer Banks. The Corolla Wild Horse Fund (CWHF) which manages the horses, received a call last week that one of the horses had been standing in the same spot for a day. 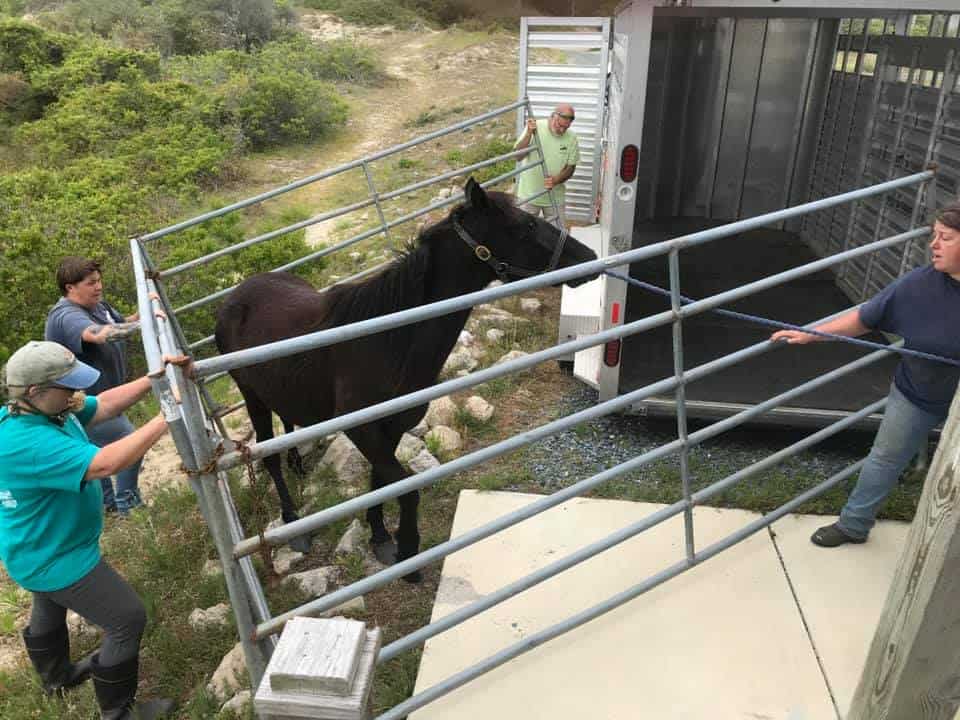 On May 17, a team was dispatched to rescue the young horse. Valor was brought back to the rescue farm where it was discovered that she had been bitten by a venomous snake and her leg had become infected.

CWHF herd manager, Meg Puckett, reported that the wound was cleaned and treated, a catheter placed to administer IV antibiotics. The following day, Valor, was putting weight on the leg, eating and drinking normally and ‘mad that she was locked in a stall.’ 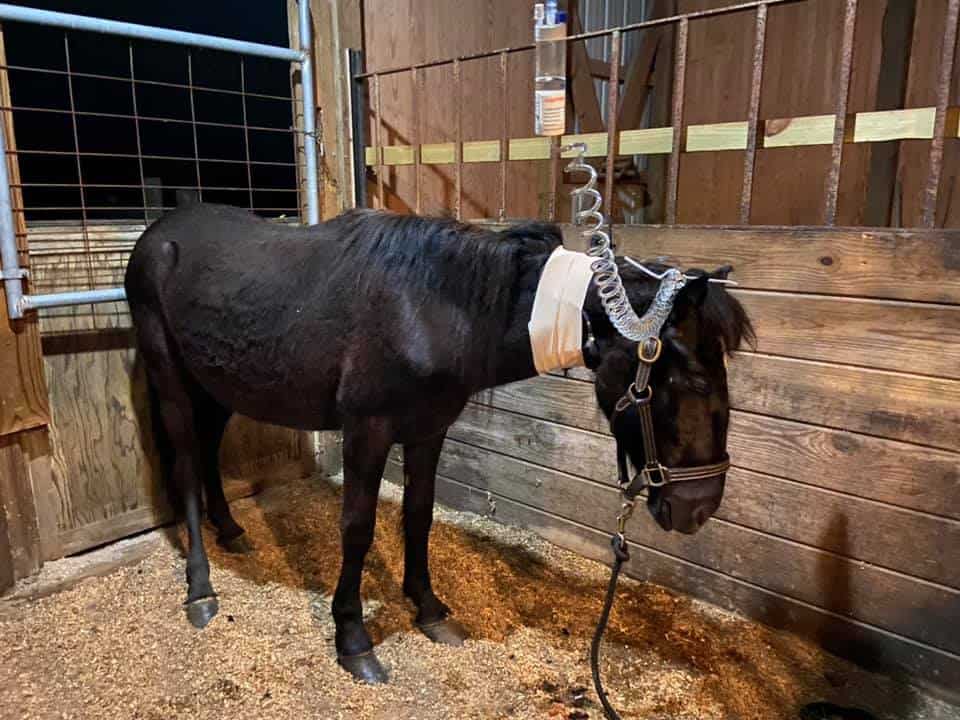 “All good signs! She continued to stabilize throughout the day and we found ourselves becoming cautiously optimistic that she might pull through,” Puckett said. “Staff stayed on site through the night to flush her catheter every couple of hours and make sure that she was still doing ok.”

By Friday optimism was dashed during her bandage change. An increased amount of discharge from the wound prompted the decision to immediately send Valor to the North Carolina State University of Veterinary Medicine. Overnight, Valor was treated aggressively but Saturday morning’s exam revealed that the tendon sheath had become infected. Veterinarians advised that her prognosis for a successful surgery was poor. Her post-op scenario was bleak; limited mobility and a lifetime of pain. The decision to humanely euthanize was made.

“This is a tough loss for the herd, and also a very tough loss for those of us who fought so hard to keep her alive. We appreciate your respect as we grieve our loss,” Puckett posted on Facebook. 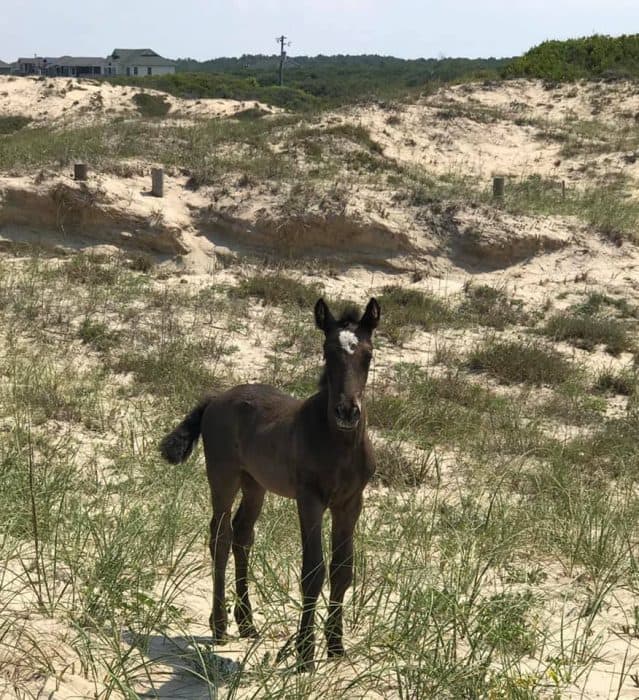 Valor as a foal