A T Rex spooked a team of carriage horses in Charleston, South Carolina. The incident happened Thursday evening around 5:30 p.m. Witnesses told police that someone wearing a dinosaur costume was walking on the sidewalk ahead of the carriage. 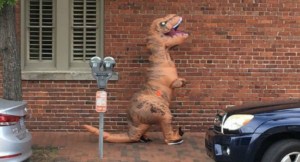 As the carriage drew alongside, the person in the costume stopped and allegedly growled at the horses. The horses spooked backing into a parked car. As the carriage careened the driver was thrown to the street. The dinosaur ran away. 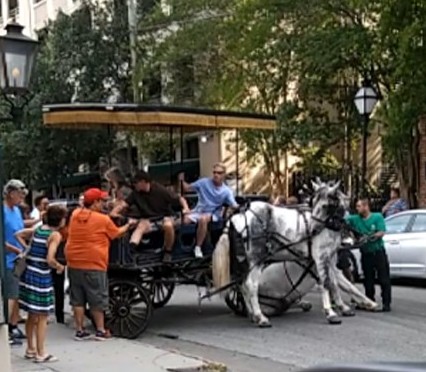 Passersby step in to help with the frightened horses

During the malay, the driver was run over by one of the carriage’s wheel and his foot broken. The carriage horses, brothers Yogi and Boo Boo, were frightened. In their efforts to retreat from the dinosaur, Yogi fell receiving minor abrasions, Boo Boo was uninjured. None of the 16 passengers was injured.

“The person in the T Rex costume ignored multiple warnings from the carriage driver and bystanders to move away from the horses,” said Tommy Doyle, manager of Palmetto Carriage Works, the company that manages the carriages and horses.

Some witnesses reported hearing the dinosaur growl, others heard nothing. A few believe it was a freak accident – the wrong place at the wrong time. Palmetto Carriage Works believes the encounter was deliberate, the act of animal activists lobbying to end the carriage tours.

The Charleston Animal Society is offering a $2,500 reward for information leading to the arrest and conviction of any individual involved with the intent to torment the carriage horses.

If you have information please call 843-743-7200, and ask for the on duty Charleston Police detective. 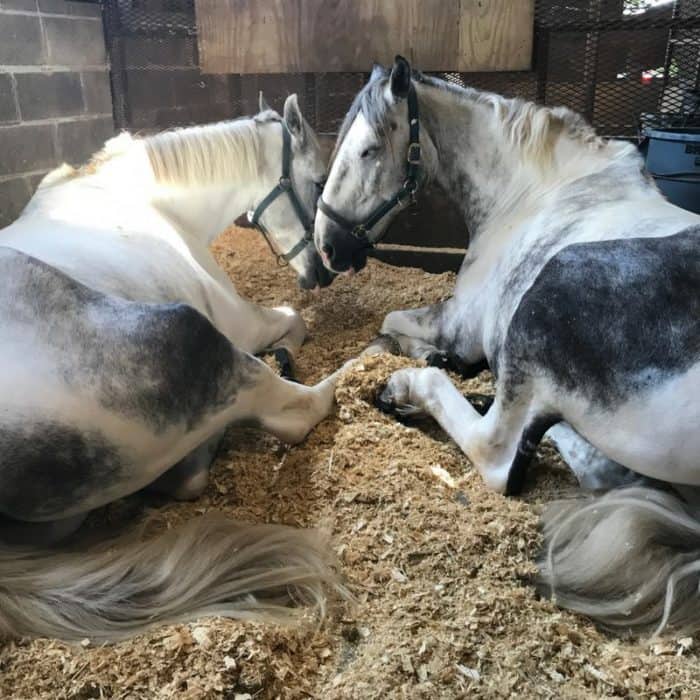 UPDATE: Friday morning the culprit turned herself in to police…read more.