Cape Town is Nearly Out of Water

Cape Town, South Africa has a water problem or more precisely a lack of water problem. The city is expected to run out of water in April.

Cape Town is destined to become the first metropolis to literally run out of water. The situation did not happen overnight exacerbated by a century of drought, climate change and tepid response by residents to temper water use have in combination created this dilemma.

Starting next week, February 1, the second largest city in South Africa will ration water for 4 million residents to 50 liters of water (13 gallons) per person per day. By comparison, Americans uses about 90 gallons of water a day. The daily ration is barely enough for a 90 second shower, 1 toilet flush, basic cooking and filling the dog bowl once. Even with these austere measures, it will only delay the inevitable.

“Day Zero” as Captonians call it, will only be put off with a miracle in the form of rain, lots of rain and that is not in the forecast. Locals dams are already at 28% capacity and of that 18% is not useable. When the taps do run dry, water will be trucked in and available at 200 distribution points throughout the city. The rations will be further reduced, halved, to 25 liters a day per person.

It is an unimaginable situation. Ground water abstraction, desalination plants and recycling used water in the works but will not alleviate the hardship that is about to become a daily headache for every person. But what about the animals? Household pets? HORSES?

A horse requires 19-38 liters a day (5 to 10 gallons), to date, there have been no publicized statements issued to address water allocation for animals. The lack of information and looming severe austerity measures have horse owners and breeders on edge.  South Africa is home to more than 465,000 equines including horses, donkeys and mules. 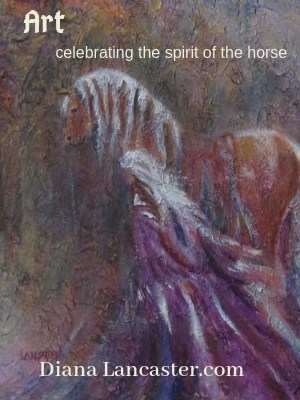